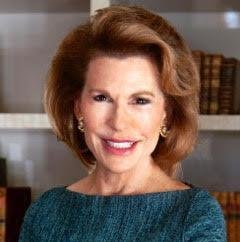 Ambassador Nancy G. Brinker is a three-time Ambassador and New York Times best-selling author who is regarded as the leader of the global breast cancer movement. Her journey began with a promise to her dying sister, Susan G. Komen, that she would do everything possible to end the shame, pain, fear, and hopelessness caused by this disease. In one generation, the organization that bears Susan’s name has changed the world. In 2009, President Barack Obama honored Brinker with the Presidential Medal of Freedom, the nation’s highest civilian honor, for this work. The same year, she was named Goodwill Ambassador for Cancer Control for the United Nations’ World Health Organization, where she continues her mission to put cancer control at the top of the world health agenda. In 2010, Brinker released her New York Times best-selling memoir “Promise Me”, an inspirational story of her transformation from bereaved sister to the undisputed leader of the ongoing international movement to end breast cancer. From 2001-2003, Nancy served as U.S.

Ambassador to the Republic of Hungary and served as U.S. Chief of Protocol from 2007-2009. Brinker is the host of a weekly show on Newsmax TV which features newsmakers, corporate leaders, and high-profile cultural thought leaders. In 2018, Brinker spearheaded the creation of the Promise Fund of Florida, a nonprofit organization whose mission is to improve the outcomes and reduce deaths from breast and cervical cancers in Palm Beach County, where 80,000 women reside with no insurance and no medical home. The Promise Fund is utilizing partnerships, navigation, policy changes, and community awareness to build a model of care to be replicated throughout the country. The Promise Fund provides necessary education and screenings to prevent late-stage diagnosis and improve community health for under-resourced women confronting health disparities.