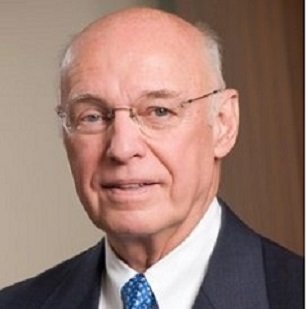 Ambassador James R. Jones was Chief of Staff of the White House under President Lyndon B. Johnson. He was the youngest person in history to hold this position. Subsequently, in the U.S. House of Representatives, he was Chairman of the House Budget Committee and ranking member of the House Ways and Means Committee, where he was active in tax, international trade, Social Security and healthcare policy. While in Congress, he introduced legislation that led the creation of the US venture capital industry.
Ambassador Jones was Chairman and CEO of the American Stock Exchange in New York from 1989 to 1993. During his tenure at AMEX, listings, revenues and market share increased.

Ambassador Jones served as U.S. Ambassador to Mexico from 1993 to 1997. As Ambassador, he participated in the negotiation, passage, and implementation of NAFTA. He also helped formulate the United States government’s rescue package for Mexico during the 1994 peso crisis, which prevented bankruptcy of the Mexican government. He also developed new, cooperative efforts to combat drug trafficking, and assisted U.S. businesses with commercial ventures. Ambassador Jones serves and has served on the Board of Directors of several major corporations ranging from Anheuser Busch to the Kansas City Southern Railroad. He served as Director of the American Red Cross, and also has worked extensively with global distribution and marketing organizations and counsels on both business and government strategies in the United States.