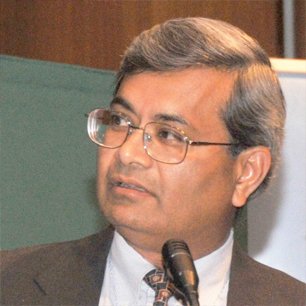 Distinguished Prof. Dr. Bhanu P. Jena is a leading cell biologist and chemist, who has made seminal contributions to our understanding of cell secretion, membrane fusion and transport. His early childhood was spent in remote villages in Odisha, India, where his grandfather practiced medicine. The dedication of his father, a scientist and grandfather to science and medicine and their service to humanity greatly influenced him to choose a career in science and medical research. Prof. Jena majored in Chemistry, Zoology, and Botany, from BJB College in Bhubaneswar, Odisha and completed Masters in Zoology (Endocrinology) from Utkal University, graduating top of his graduating class in the Masters of Science program and received the Prasant Ku. Memorial Prize and the Utkal University Gold Medal. In 1988, Prof. Jena received his Doctorate Degree and the Research Excellence Award from Iowa State University. Following postdoctoral training as a Fellow at Yale University, he accepted an Assistant Professor appointment at Yale University School of Medicine, and in 2000, moved to the School of Medicine at Wayne State University (WSU) as a tenured full Professor and Founder-Director of the Institute of NanoBioScience. In 2004, he was conferred the title of Distinguished Professor, and the George E. Palade University Professor by the University Board of Governors. Prof. Jena is the only living University Professor and the second at Wayne State University’s 160-year history. Prof. Jena has been invited to establish and lead the Viron Molecular Medicine Institute (MMI), Boston/Cambridge, MA, USA [https://www.vironinstitute.com].

Since high school, Prof. Jena’s passion has been to understand the workings of the unit of life, ‘the cell’. At a very early age, he was fascinated by its complexity in electron micrographs. He recognized that, similar to the complexity of a city, every aspect of cellular function is precisely regulated. His scientific enquiry on how cells secrete to communicate with the trillions of other cells in the human body, led to the discovery of the “porosome” -a new cellular structure and a molecular nanomachine, demonstrated to be the universal secretory portal in cells. Throughout his academic career, Prof. Jena has focused on bring the benefits of science and education to society.